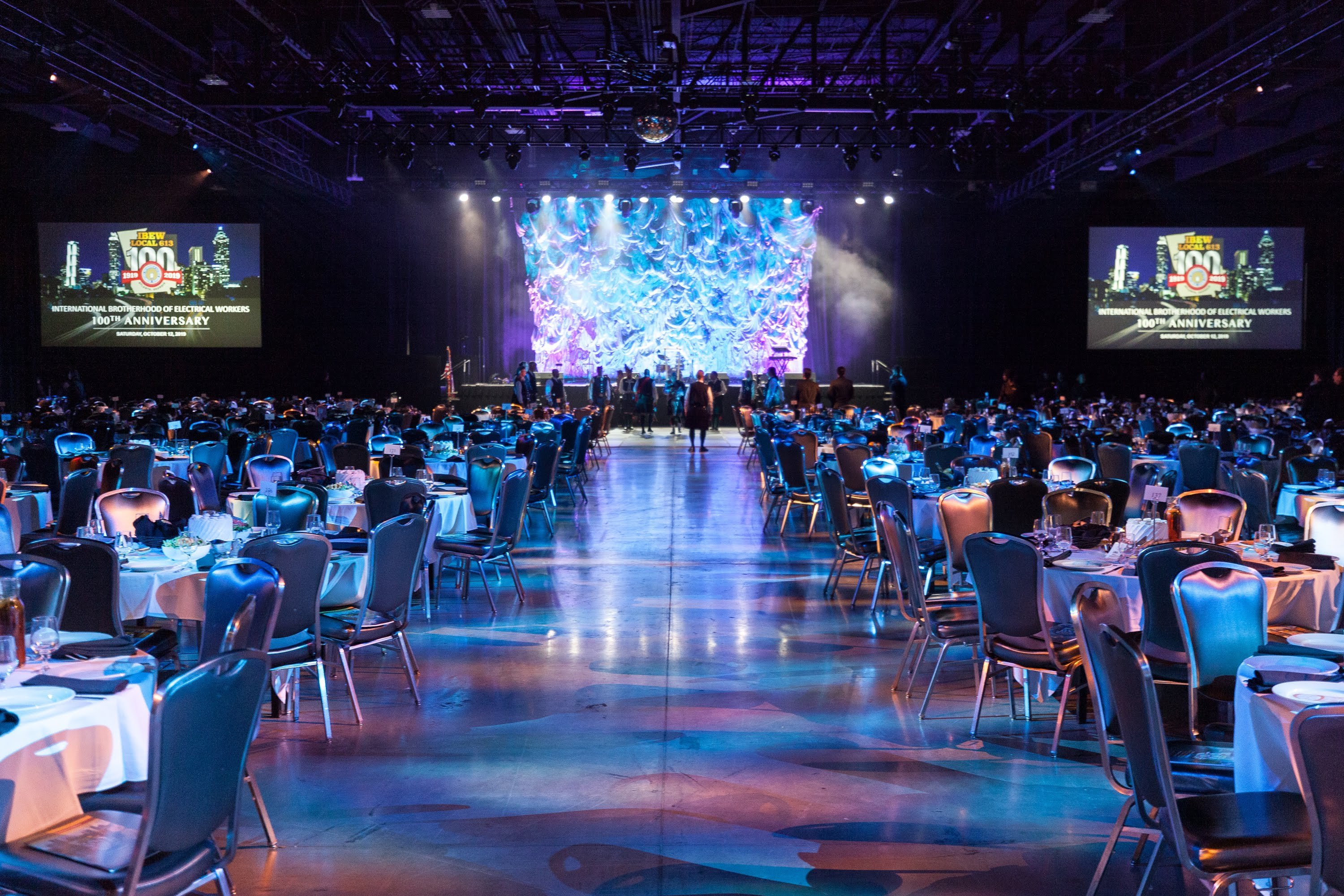 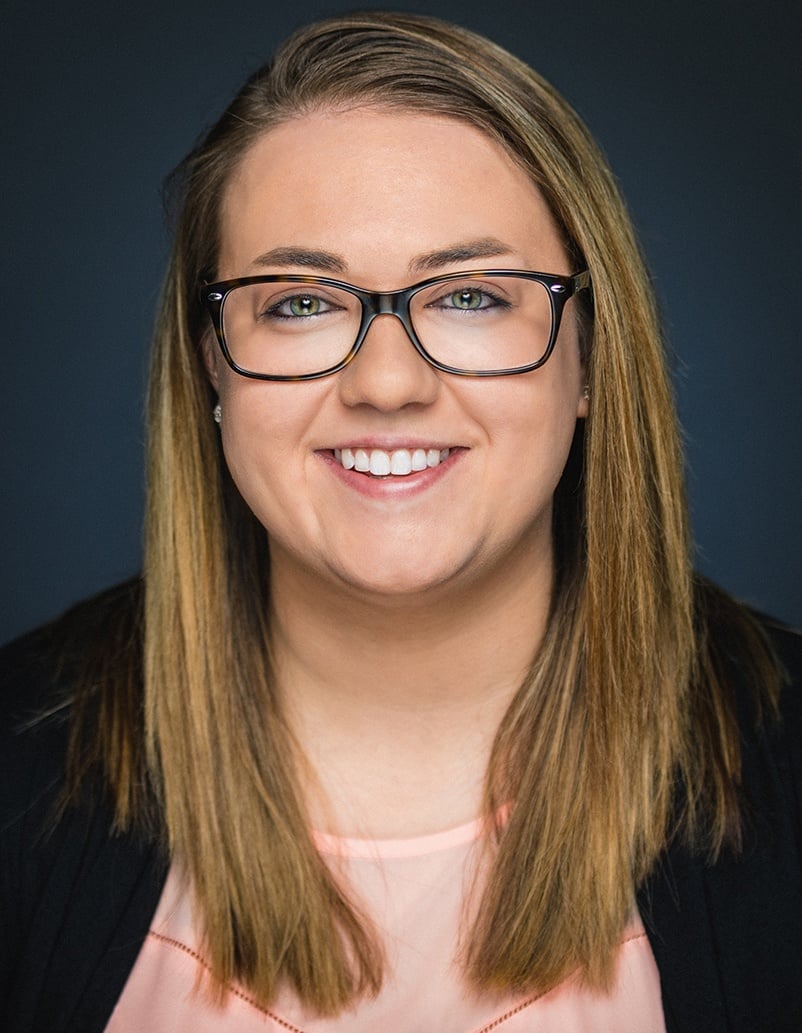 The Special Events Team from BMA Media Group helped guide the Local through the entire event planning and hosting process, from finding the proper venue, selecting the entertainment, to producing and mailing invitations, tracking RSVPs and distributing the parting gifts after the event.

BMA also created the event branding for the celebration held at the Georgia World Congress Center in Local 613’s home base of Atlanta. 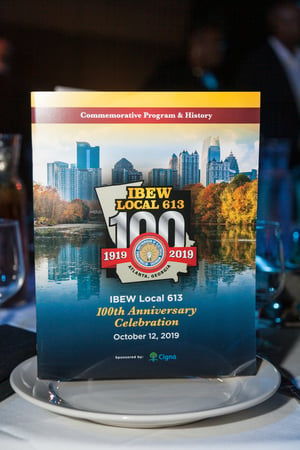 BMA also produced a special Commemorative Program Book, complete with the history of the Local and how it shaped their identity. Putting together a concise history of the Local’s 100 years required research supported by the IBEW International office and the Local’s own archives. In addition to the creation of the program book, BMA also designed and distributed sponsorship rate cards, sold advertisements, and curated congratulatory messages from friends, partners, other IBEW Locals and members of Local 613, which substantially helped underwrite the cost of the event.

The evening of the celebration, BMA transformed the Georgia World Congress Center into a welcoming and exciting environment for the guests. BMA orchestrated every detail of the event including speakers, hors d’oeuvres, meal service, shuttle services and live entertainment.

With direction from Local 613, BMA transitioned the event from an elegant dinner to a vibrant nightclub complete with a DJ and signature cocktail.

IBEW 613 Business Manager, Kenny Mullins was thrilled with the end results of his Locals milestone event.

"Thank y’all so much for an awesome job," said Mullins. "The members were more than pleased. RAVE reviews!"

The partnership of Local 613 and BMA did not end with the completion of the anniversary event. During the celebration, BMA’s Video Production Department recorded event highlights that will be combined with previously obtained footage from Local 613 job sites, interviews with 613 officers and historical material to create a commemorative video.

If you are interested in learning more about the special event services BMA Media Group can provide, reach out to us.